Explore Blaydon Burn Trail as part of your day out at Path Head Water Mill. Click here to download a map. 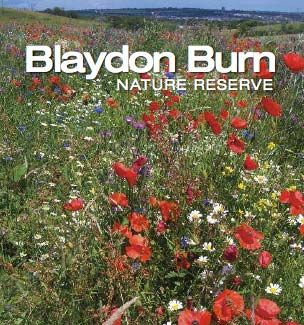 It's a moderate two and a quarter mile circular walk, taking in the best of Blaydon Burn’s rich archaeological heritage and abundant wildlife.

Once the heart of the industrial revolution in Gateshead, Blaydon Burn is a wonderful example of what happens when industry moves away and nature returns. Over one mile long and covering over 50 hectares of woodland, grassland and wetland, Blaydon Burn is a treasure trove of industrial archaeology and wildlife waiting to be discovered.

We know from archaeological evidence that Bronze Age people lived at nearby Summer Hill and that people have been living and working in Blaydon Burn since the Middle Ages.

Initially, the key to the industrial development at Blaydon Burn was water power and by the 18th century at least eight corn mills were operating along the stretch of Blaydon Burn described in this leaflet.

From the 19th century, industrial development expanded rapidly to include a number of industries related to the processing of coal. The supply of cheap local fuel and good transport links led to the development of coke works, steelworks, iron foundries and brickworks making Blaydon Burn one of the most industrialised parts of the region.

However, from the 1950s advances in technology, declining local raw materials and overseas competition saw the decline and closure of the industries in Blaydon Burn. In the 70s and 80s reclamation schemes were carried out to treat and ‘make safe’ the most derelict areas of the Burn.The Ottovale Works were reclaimed, Cowen’s Lower Yard was cleared, the Blaydon Burn Waggonway was taken up and the Burn was largely left to return to nature.

Today, the remnants of the area’s industrial history can still be seen in the 108 different stone and brick-built features which are scattered throughout the nature reserve and in the historical records which make Blaydon Burn one of the most important sites for the study of industrial archaeology in the north east.

No story of Blaydon Burn would be complete without mentioning the two most influential characters in its history.

Both Cowens were radical politicians, who campaigned for democratic reforms such as voting by secret ballot – a freedom we take for granted today.

Sir Joseph Cowen was the Liberal Member of Parliament for Newcastle from 1865 – 1873. He was knighted in 1871 for his work for the River Tyne Commission. 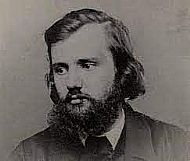 Joseph Cowen junior fought for free education and the rights of the working classes, especially of miners and was regarded as a very fair employer.

He befriended many influential continental revolutionaries, including Garibaldi and Marx making Blaydon Burn famous throughout Europe.

He was allegedly under surveillance from foreign spies for smuggling revolutionary texts abroad in shipments of bricks.

The ‘Blaydon Brick’ followed his father as MP for Newcastle but retired from parliament in 1886 after professing his disgust at the intrigues of politics. But he still continued to influence public opinion until his death in 1900 through his ownership of the ‘Newcastle Daily Chronicle’.

Blaydon Burn is a unique Nature Reserve where wildlife thrives amongst the remains of our industrial past. The Nature Reserve contains a wide range of habitats and wildlife including areas of ancient semi-natural woodland, flourishing wetlands and colourful wildflower meadows.

Pockets of oak and birch woodland survived all the years of industrial activity and later acted as seed banks for reclaiming the abandoned industrial areas.

A wide range of birds also live in the woodland including, green woodpecker, tawny owl, woodcock, willow warbler and sparrowhawk.

The Blaydon Burn Project brought areas of woodland back into a system of traditional woodland management. This work involved thinning and removing trees to ensure that the woodland continues to regenerate itself. Works have also been carried out to safeguard the many ancient ‘veteran’ trees. 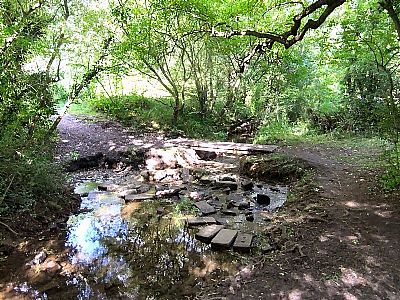 The Burn itself flows underground through much of the site, emerging for only short stretches. Despite Blaydon Burn’s industrial past, the water itself is very clean, containing a variety of invertebrates such as mayfly and freshwater shrimps. In turn, these creatures support birds such as dipper and grey wagtail.

As part of the Blaydon Burn Project, the ponds have been restored and improved to control the level of water and encourage wildlife. The wetlands are proving particularly attractive for a range of animals including palmate newts, emperor dragonflies, azure damselflies, water shrews, willow tits, grasshopper warblers and kingfisher.

The Nature Reserve also includes a number of meadows. Surprisingly the thin, poor and ‘contaminated’ soils left behind after the demolition of the former industries make the meadows ideal for a number of interesting wildflowers including common spotted orchid, and rare butterflies such as the dingy skipper.

Even the archaeological structures provide shelter for wildlife including pipistrelle bats, which use the cracks in walls as roosting sites.

Some of the adjoining meadows have been re-seeded with wildflower meadow seed mixes. These areas are grazed by cattle to help the wildflowers and birds such as grey partridge and skylark to thrive.

The Blaydon Burn Project also sought to reduce problems associated with anti-social behaviour, such as fly-tipping and illegal motorbike riding, and to make the Burn a pleasant and attractive place to visit.

Paths, steps, stiles and footbridges have been repaired and cleared and a wide range of events held to celebrate the wildlife and history of the Burn.

The Project also worked with the local community and especially the Friends of Blaydon Burn, a dedicated group of local people who have worked tirelessly to raise awareness of and improve Blaydon Burn for everyone.

More information available on the leaflet. Click the image below or the link at the top to download it.