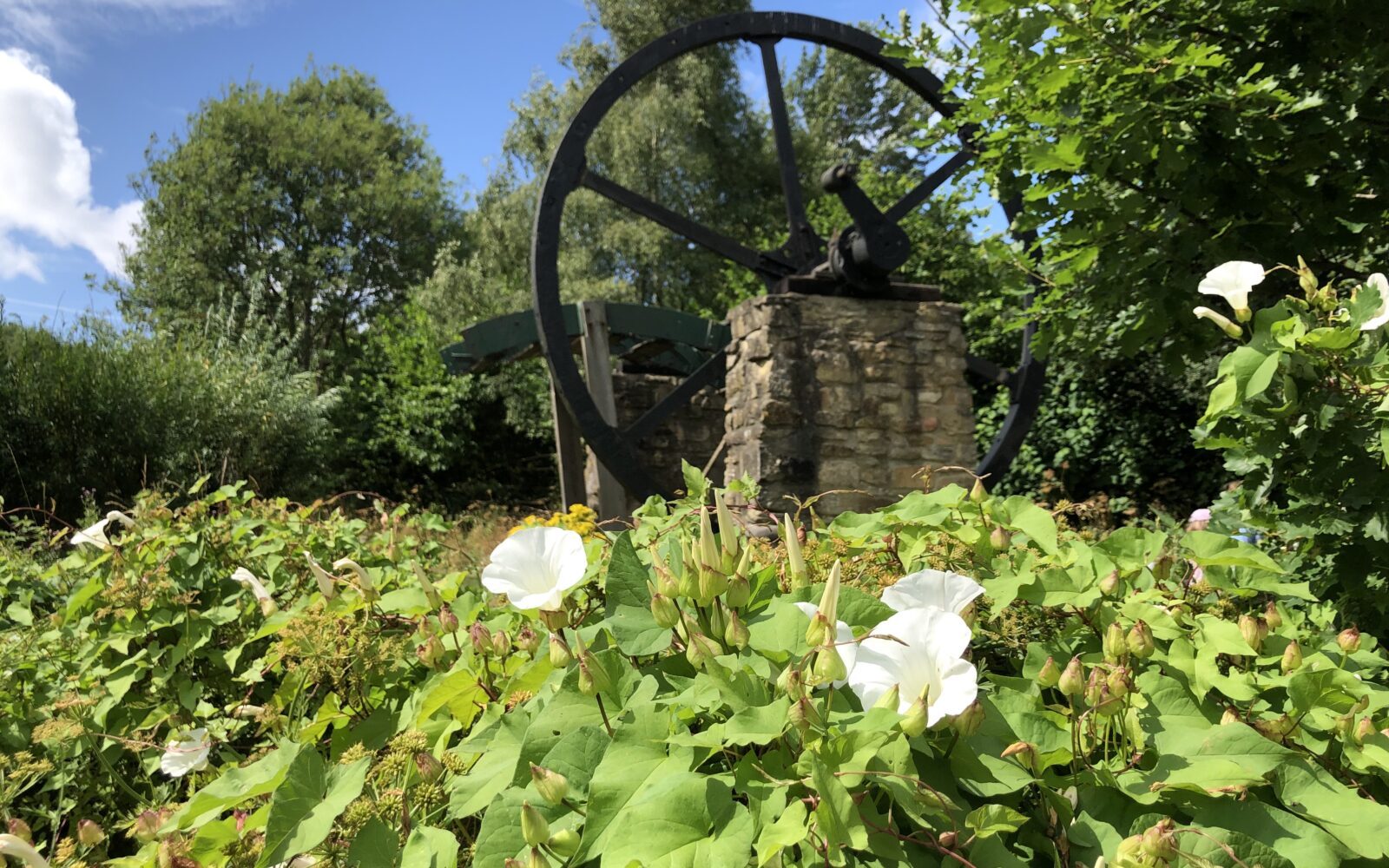 A working watermill, cafe, workshops, forge and grounds owned and managed as a community venue by the Vale Mill Trust

Escape the hustle of the city.

The Mill is located in a tranquil dell, adjacent to meadows and wooded walks with picnic facilities and a relaxing garden area. Visitors to The Mill can walk, sit, chat, sketch or paint in the peace and quiet, enjoying the natural surroundings of the building and the millpond. Our site is dog friendly too. 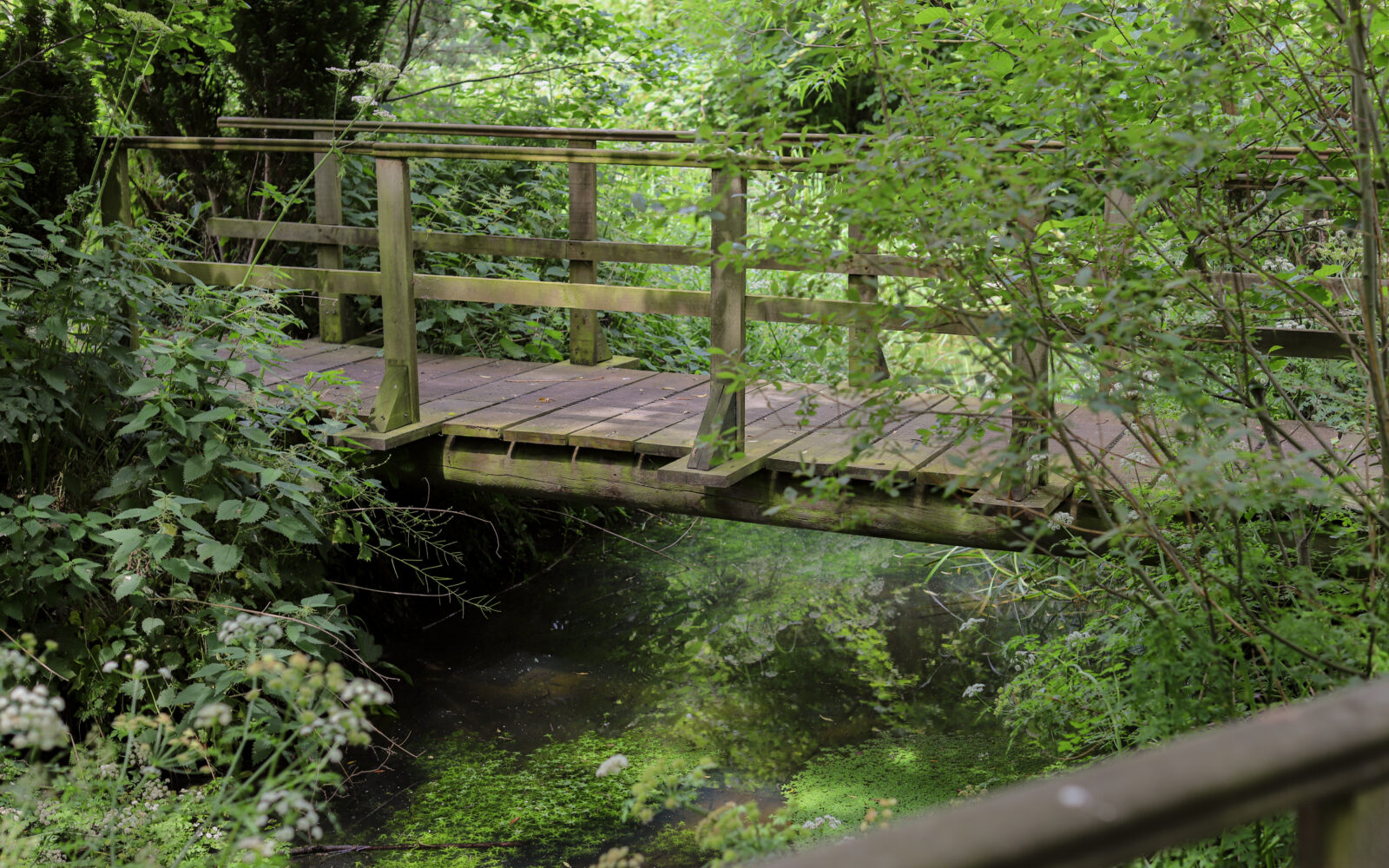 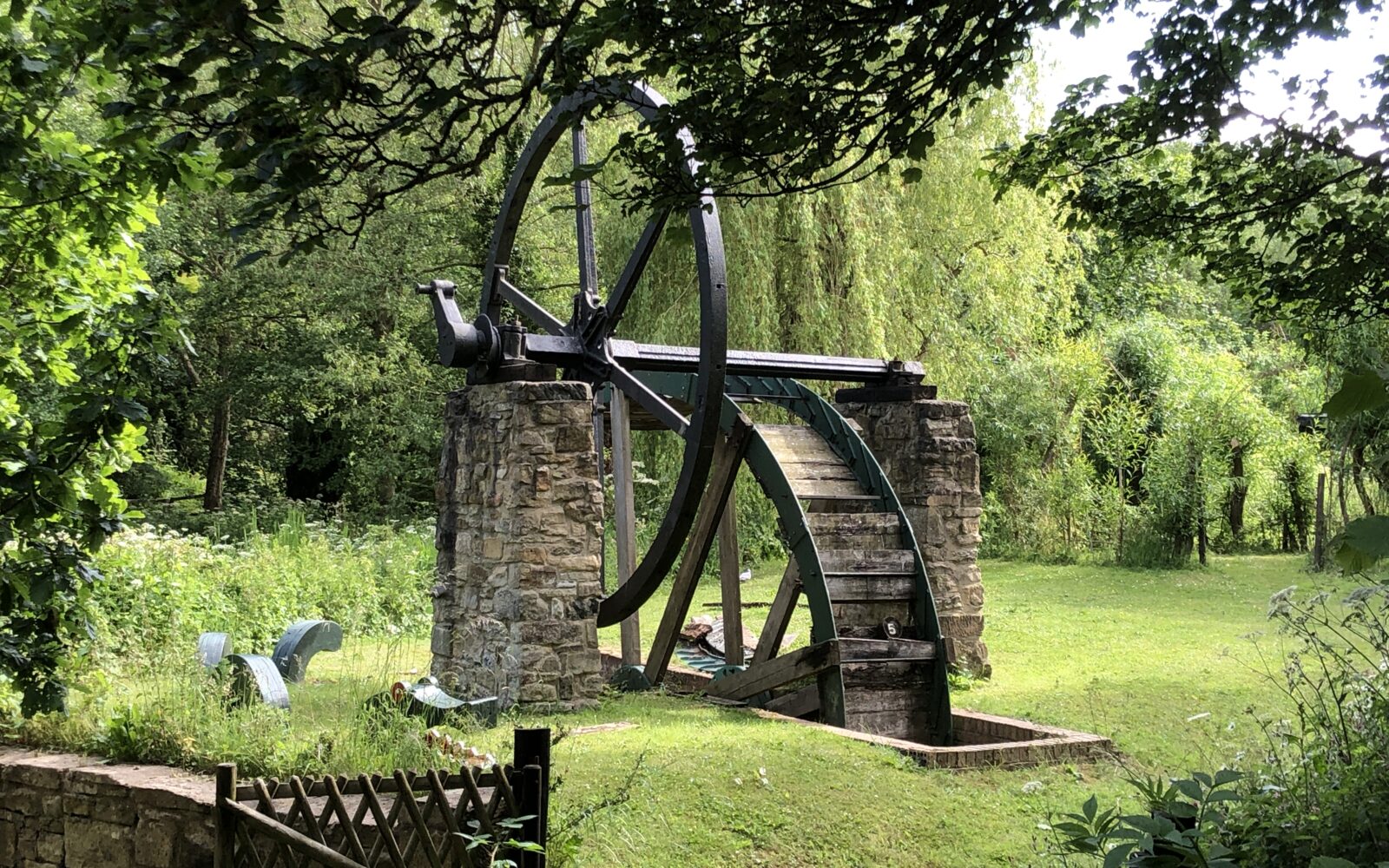 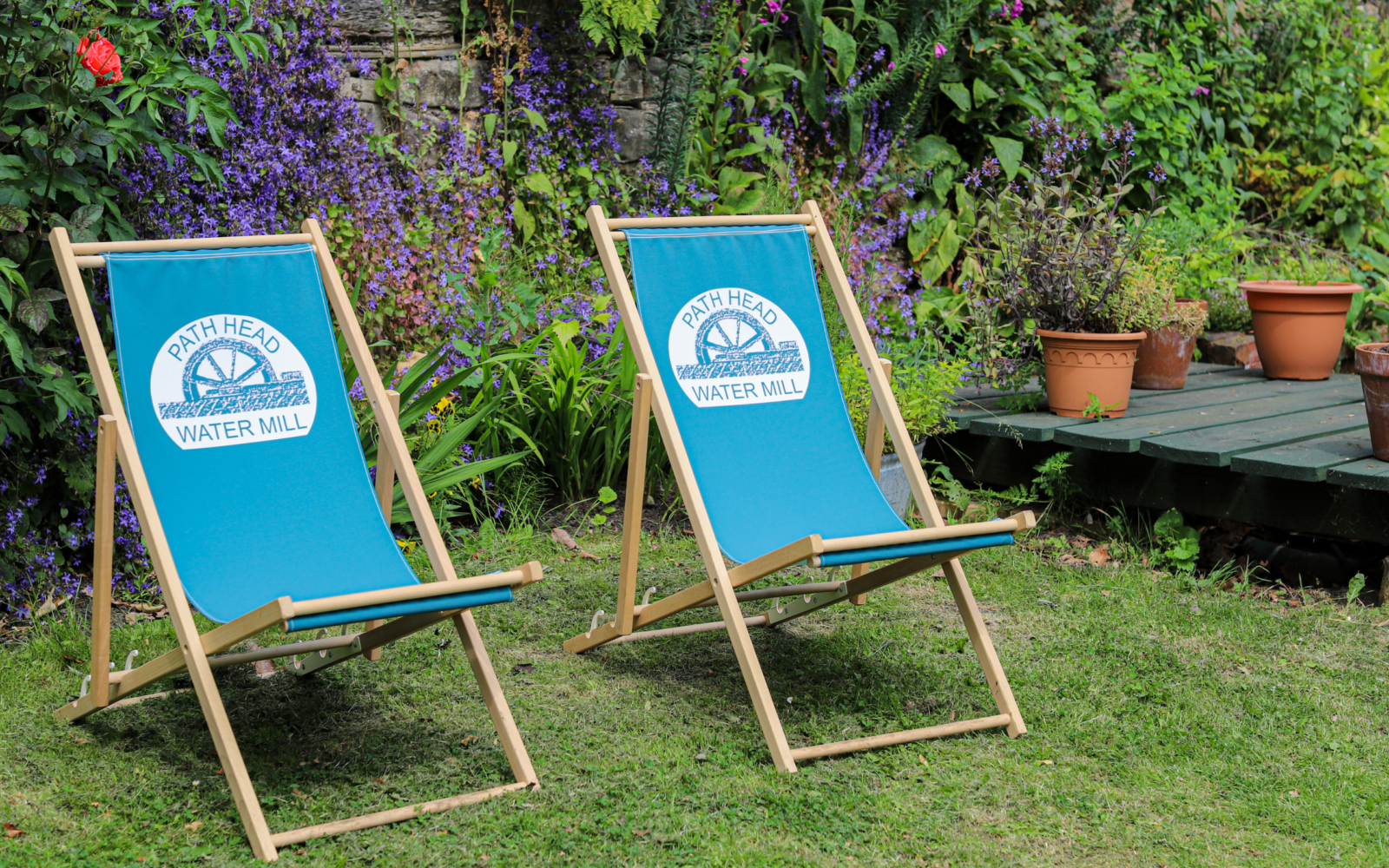 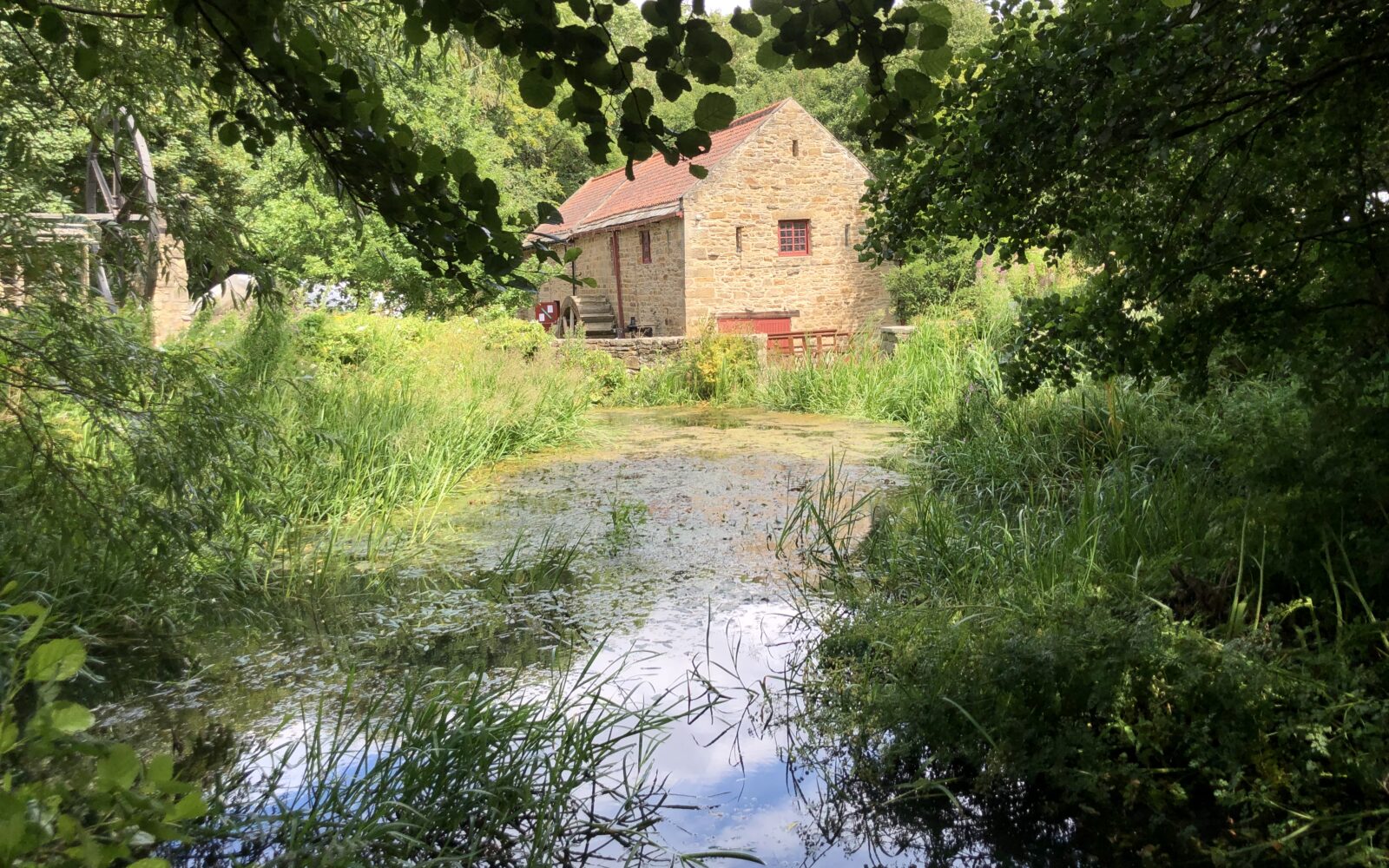 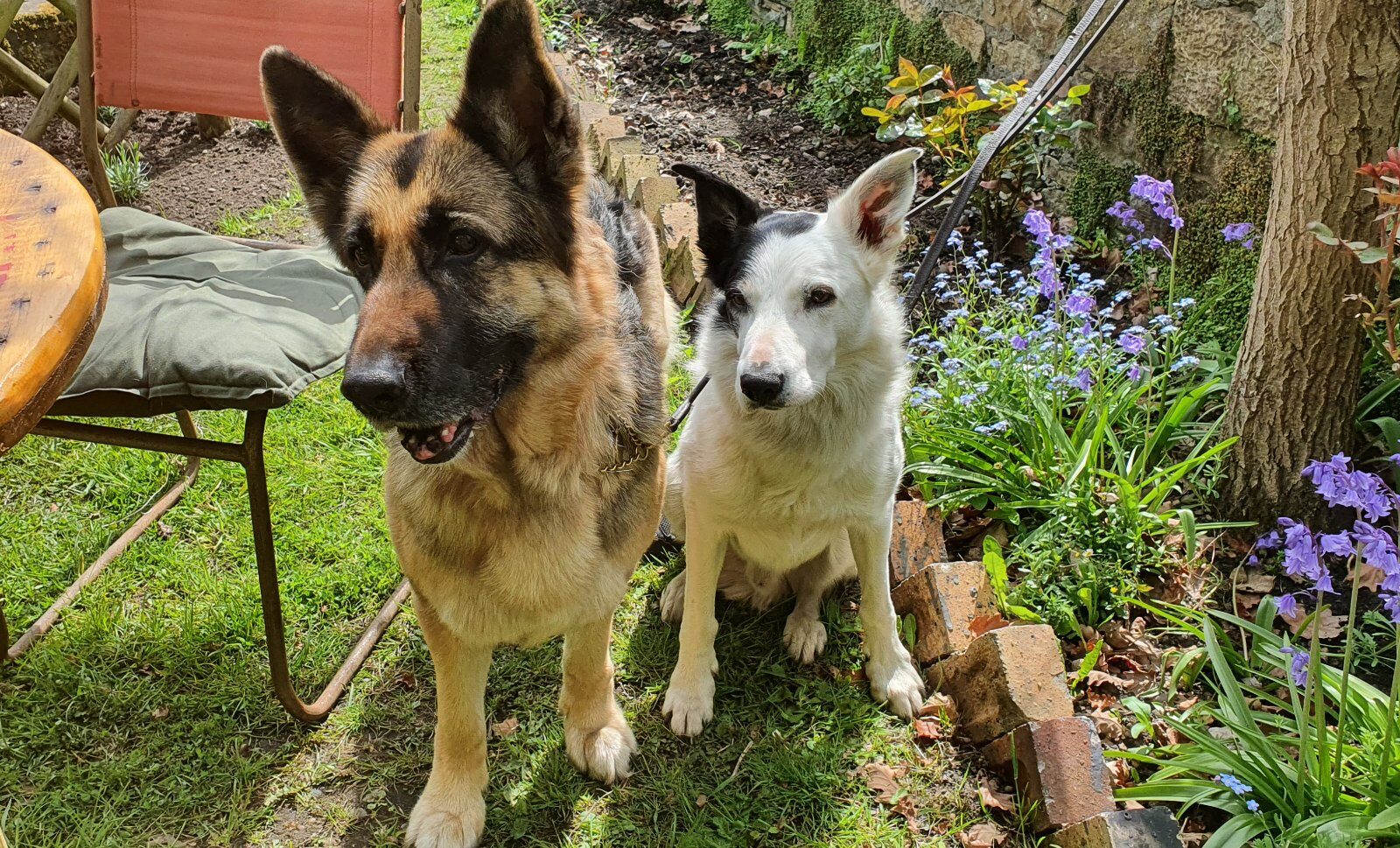 We have small board of trustees, a professional Volunteering and Events Co-ordinator, and a team of enthusiastic volunteers.  Here are a few of them: you can meet more on the Volunteer page. 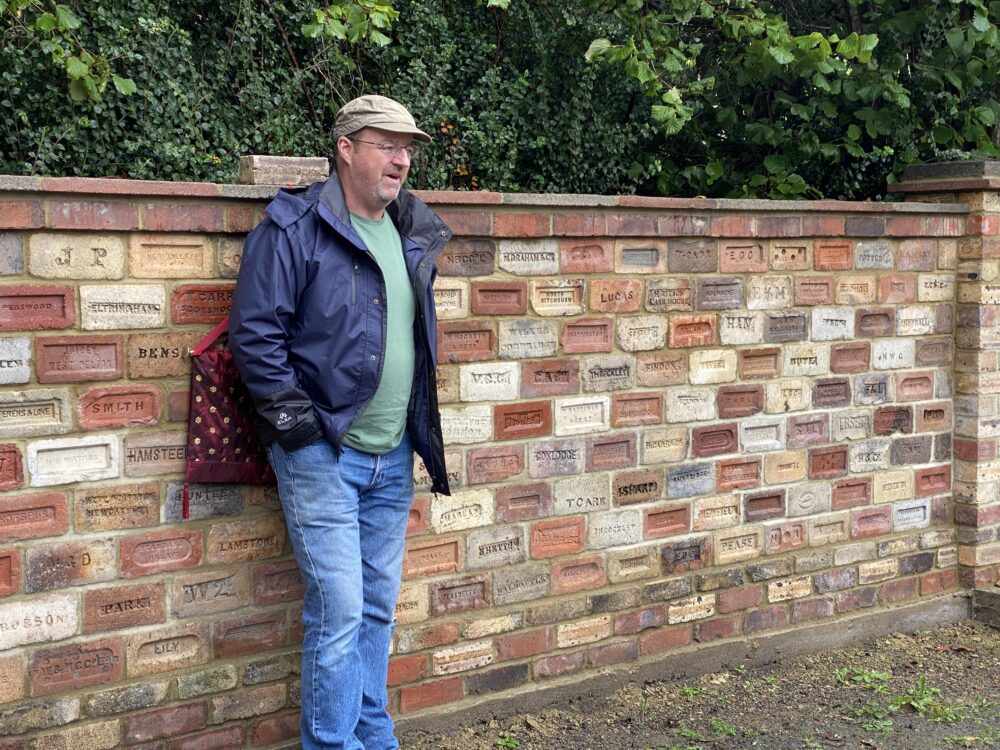 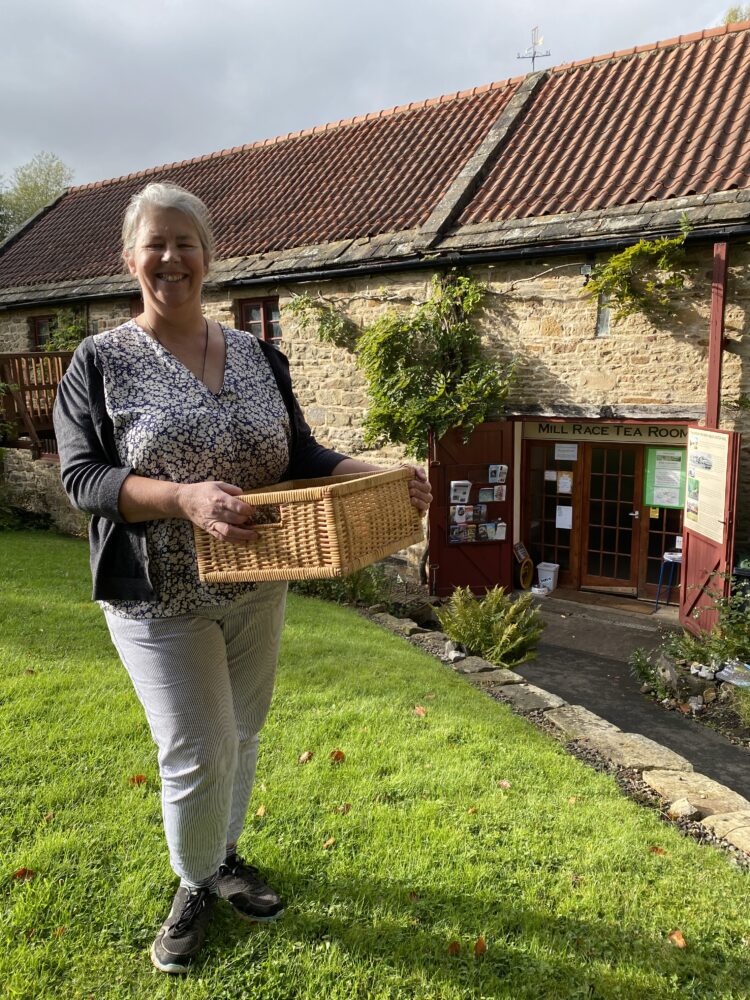 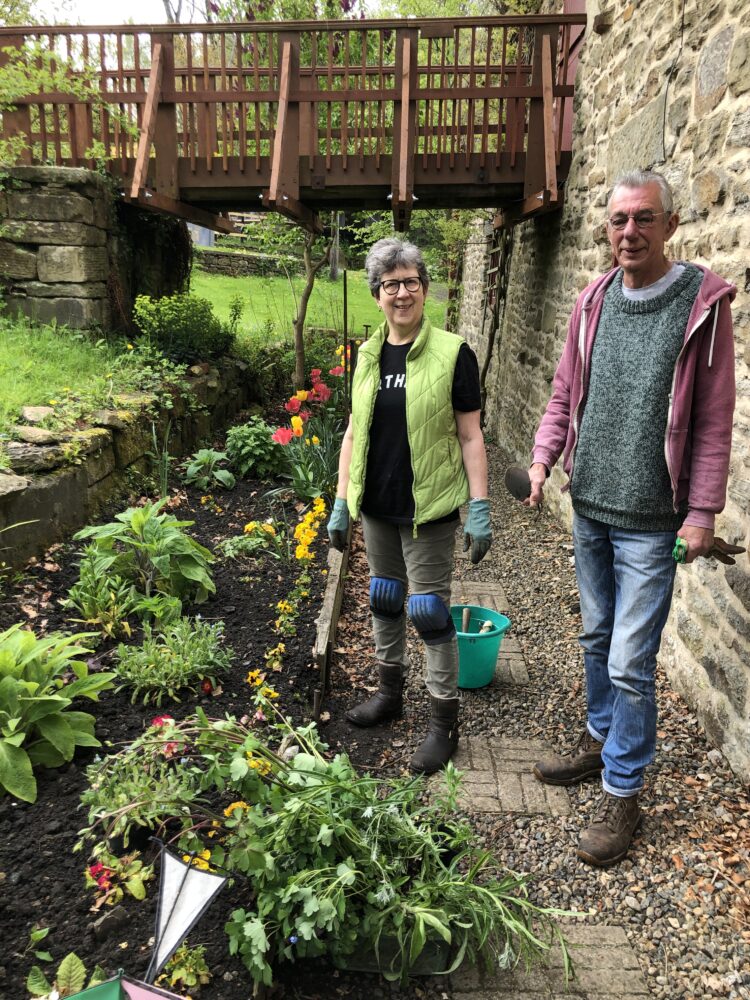 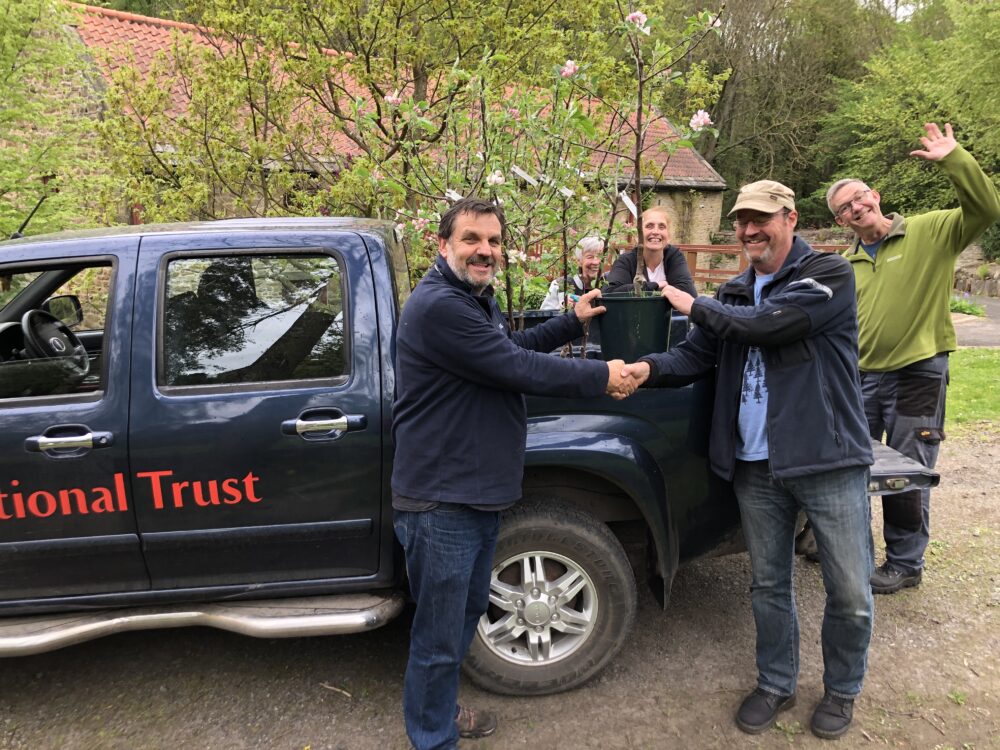 Since the Vale Mill Trust bought The Mill from Gateshead Council in 1994, it has been supported by fundraising efforts, grants and donations.  Here you see Simon Smith, Chair of Trustees, accepting a gift of apple saplings from Gibside’s then property manager, Mick Wilkes. 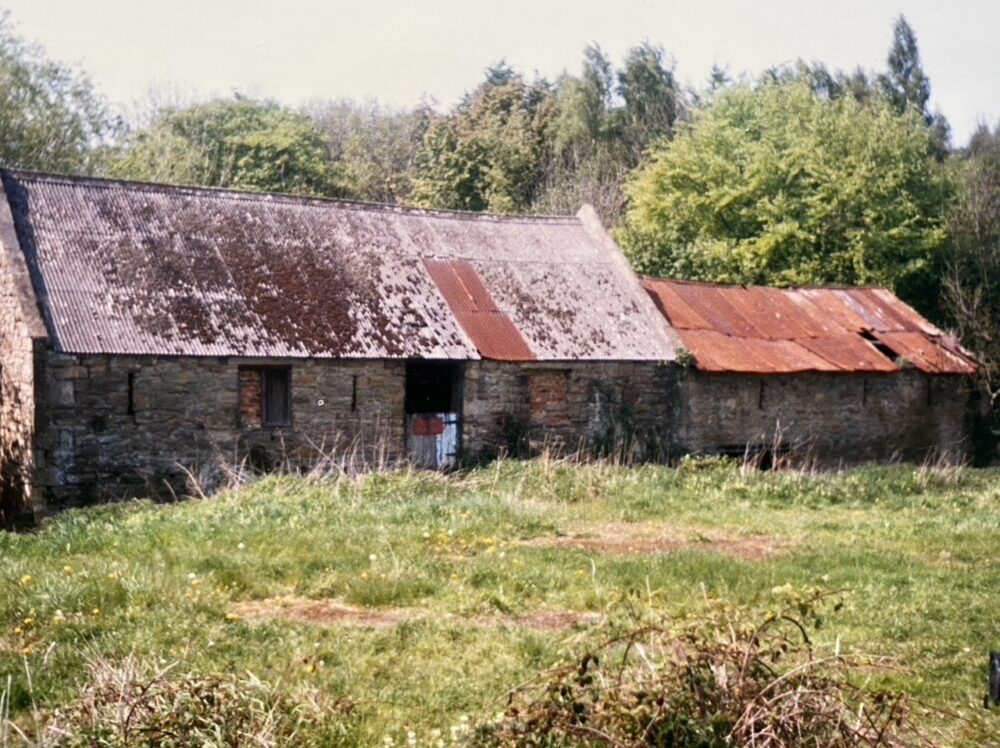 The farmer started milling in about 1730, to produce feed for the hundreds of horses and ponies that used to pass through on their way to Stella Staithes, carrying coal from nearly mines and lead from as far away as Alston.

By 1830, the lead-mines were exhausted, corn prices were too high for a small mill to make a profit, and the railway had arrived at Blaydon, which transformed the way industrial products were transported.  The mill ceased production and the farm started to depend on poultry and pigs.

When the original farmhouse was knocked down in 1903, the mill building was converted into a weathertight barn for the storage of crops. The wheel and all the mill machinery were lost.

By the 1970s, the building was derelict and the village stood on the edge of a huge area of gravel extraction.  All seemed lost, but in 1994, Gateshead Council charged the Vale Mill Trust a nominal fee to buy the building and its surrounding land and restore it to its former glory.

Since then, it has gone from strength to strength!